Rocky and Bullwinkle Come to IDW

Comments: No comments /
Categories: Comics, IDW Comics
And now for something we hope you’ll really like!
Those words are synonymous with a tiny flying squirrel and a mildly naive Moose. Now, they are the words of IDW as they plan to launch their newest comic Rocky and Bullwinkle, based off of the old 1960’s cartoon. Rocky and Bullwinkle saw the two anthropomorphic creatures running afoul of spies Natasha and Boris, and unwittingly foiling their schemes. The comic book will be carrying on the tradition of the zany adventures of Rocky, Bullwinkle, and friends…. and enemies.
Below is the official press release from IDW. Read on:
Rocky & Bullwinkle Are Back!
All New Adventures Featuring Your Favorite Moose and Squirrel Team 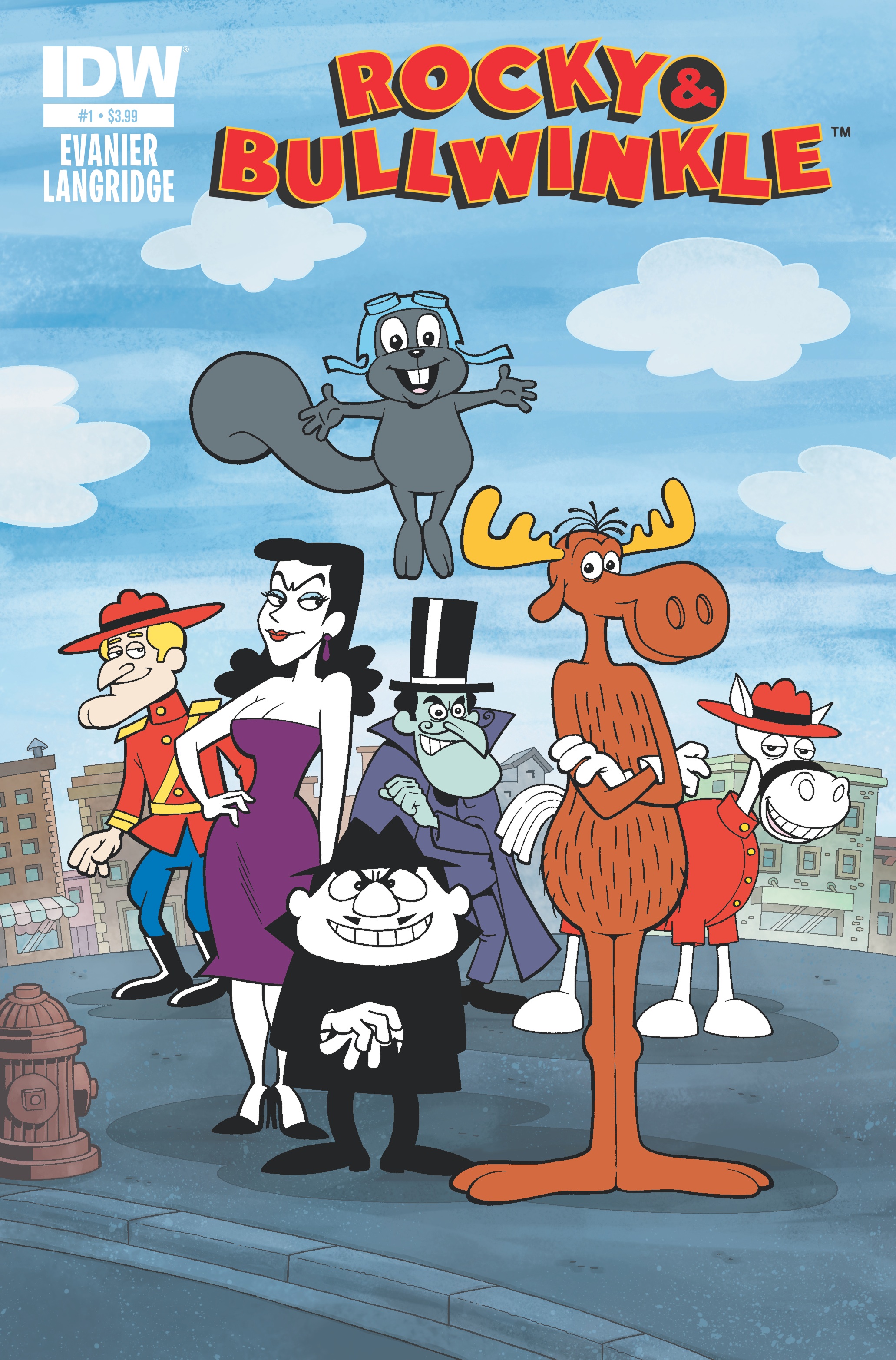 Jay Ward’s The Rocky & Bullwinkle Show™, was known for its wry humor, quality writing, and appeal to both adults and children.  Now, in partnership with Bullwinkle Studios and DreamWorks Animation, IDW Publishing will keep that tradition alive through the magic of comic books with the release of Rocky & Bullwinkle this March.

This Rocky & Bullwinkle series will be brought to life by a creative team that is truly one for the books!  Best known for his humor work, Eisner-winner Mark Evanier(Groo the Wanderer, Garfield and Friends) is a natural fit as the series writer, while the incomparable Roger Langridge (The Muppet Show, Popeye) provides pitch-perfect interior art, and fan-favorite Stephanie Buscema(My Little Pony, Powerpuff Girls) brings her unique style to the not-to-be-missed variant covers.

“I grew up, to the extent I grew up, on these characters,” says Mark Evanier, “I watched ROCKY AND HIS FRIENDS™ the first day it was on and I got a lot of my sense of humor, such as it is, from those cartoons.  (I was going to say, ‘I was watching it before I was old enough to get all the jokes, but I’m still catching on to what some of them mean.’)”

“Rocky and Bullwinkle wasn’t shown in New Zealand when I was growing up, but I was familiar with the comics,” says Roger Langridge, “I particularly love the newspaper strip work of Al Kilgore—his design sense and crisp line are just breathtaking to look at. I’m having to work hard to make sure my art doesn’t suffer too much by comparison. It’s been a real education to go back to the source and find out where those connections lie.”

“My dad, Jay Ward, would be delighted as he was always a huge comic book fan,” says Tiffany Warddaughter of Jay Ward and President of Ward Productions Inc. “It is so exciting to work with IDW Publishing on these new and wonderful releases that will carry on the comic legacy of his characters! It is certainly a special treat for myself and the fans.”

Each issue will be a self-contained story featuring your favorite Rocky & Bullwinkle characters in all-new antics, as well as contain a supporting Dudley Do-Right story, just like the original show. Get ready, because the madcap adventures are about to start!!! But beware, Snidely Whiplash, Boris Badenov, and Natasha Fatale are always lurking…