Caveat, I am a rabid Marvel 2099 fan, I hated Kirkman’s attempt to touch the 2099 universe, I hated the 2009 Time Storm crap, and I enjoyed Claremont’s use of Miguel in Exiles but it just wasn’t the same. Finally! I’ve enjoyed a little 2099 again in the Superior Spider-Man run.The Then

I just asked my local comic shop to add Superior Spider-Man to my pull list. I’ve been a long time Spider fan but haven’t pulled issues of any of those titles since Civil War turned me off to the large company event—great story but not for my budget.

I’ve been reading Venom since nearly the beginning. That is a great title.

I’ve been collecting and re-reading Spider Girl by Tom DeFalco which I love and is underrated.

But I haven’t had a Spider family monthly in quite a while.

What pulled me back in? Spider-Man 2099 on the cover! I picked up issue 16 and the few previous issues just to find out what was going on there.

I knew Doc Oc was in Peter’s body and that was a scandalous event, but I really didn’t care. Then Spidey 2099 hit the cover and I was sold. My fear was that this was some cover stunt, but what if it wasn’t? Spoiler: It wasn’t.

Exactly when is this Spider-Man 2099 in his own 90s run? Obviously after he finds out about Stone but before that Genesis A.D. stuff where America is abandoned–speaking of big company events. 2099 knows the original Spidey and that something is wrong which places this well after the original SM/SM2099 cross over stunt. Oh well. It works!

Nice use of a fav character, and I’m pointedly critical of his being recycled.

So, I started this post a while ago, but wanted to wait and see how Superior Spiderman used Spidey 2099 before finishing it, so that it was about a whole arc usage and not just a single issue fanmoment.

It was neat to see Spidey 2099 trapped in the current continuity, and that he like Secret Agent Venom, knew the current Spider wasn’t quite the hero they knew. It was neat to see the start of Alchemex, and have Spidey 2099 come back for the last great Goblin fight alongside Doc Ock as Spider-Man.  It was great, except that was a long time between issues with O’Hara/O’Mara fading into the background too much.

July will bring a Spider-Man 2099 title back, penned by the recovering Peter David who is best qualified to write O’Hara and Lyla’s story. So that will be exciting, however brief it lasts before the Spider-Event in November.

So, I’ll just enjoy it while it lasts.

The Really Then, and still cool 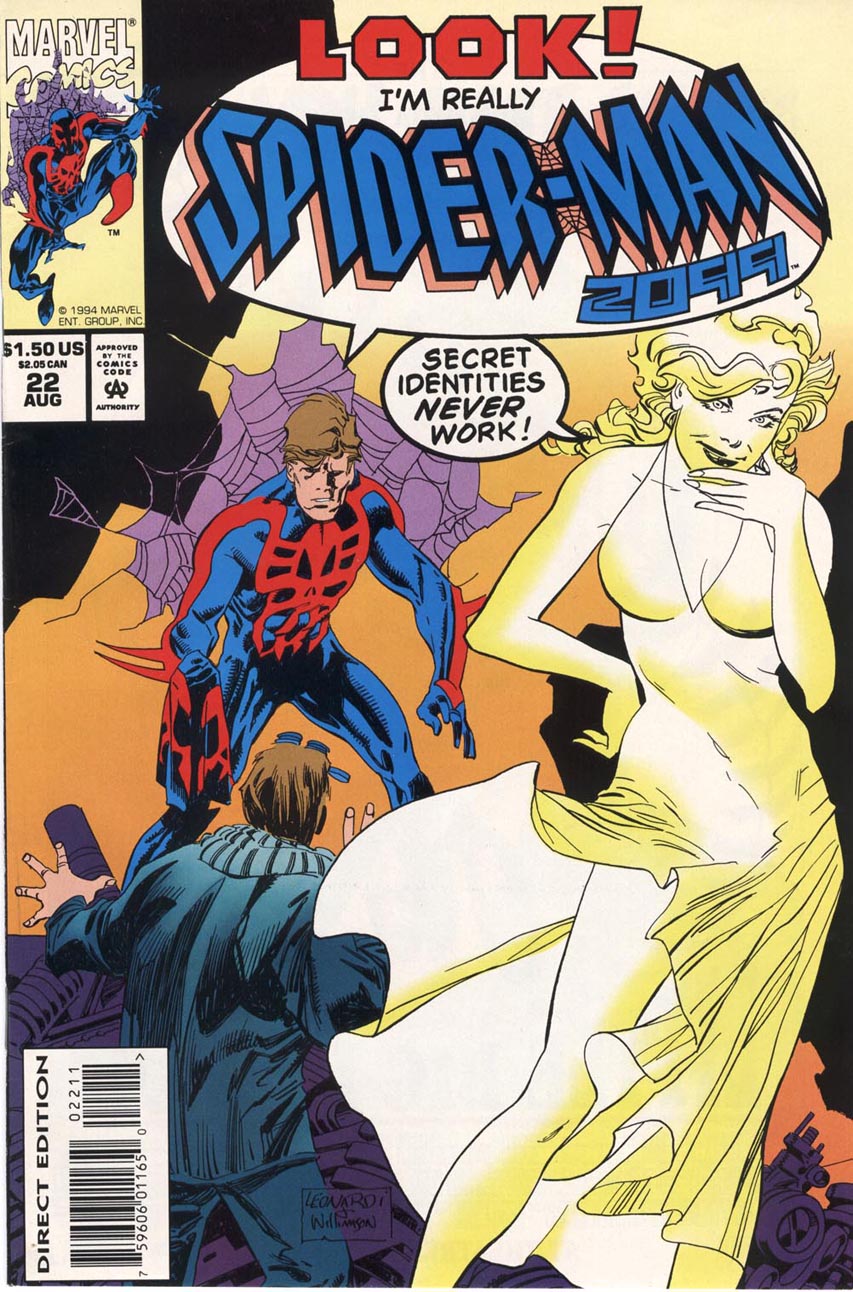